Black dragon rogue, banished from the Dragon Realms and loyal servant to Kresh

Bathal, now deceased, was Kresh’s second-in-command and loyal friend to the sorcerer. A black dragon in the guise of a male human under the employ of the king of Kord, he worked as a spy for Kresh and helped deter adventurers from discovering the whereabouts of Mee’Al.

The origins of the friendship between Kresh and Bathal are unknown, but Bathal served Kresh loyally for many years. When Kresh defected from Mephistopheles’ army to protect Mee’Al, Bathal lead many counter-assaults against the devil’s attempts to capture her. But as the severity of the attacks increased, Kresh and Mee’Al realized that fighting was no longer an option: they would have to hide. Shortly thereafter, the Bristle Plague started. No one knows for certain if the deadly plague was caused by Mephistopheles or not, but the evidence would strongly suggest so. Because of Mee’Al’s pharmaceutical reputation, several southern kingdoms were now searching for the mystic, hoping her craft would remedy their illness. Bathal knew the perseverance of these nations would expose Mee’Al to the archdevil, so he left in disguise to the kingdom of Kord, hoping he could do his part to keep Mee’Al hidden from the desperate nations, and a persistent Mephistopheles.

The party first met Bathal in the court of the king of Kord. He happily agreed to give the adventurers a map of the known sightings of Mee’Al, as well as general information about the courts efforts to discover her location. Although Bathal had indeed deterred other search parties from the elf loremaster, he had given the party a map of her actual villa, hoping that Mee’Al’s security measures around her home would eliminate the party. When the defenses of her home failed, Bathal knew that the party would inevitably find Kresh’s lair. He again met the party in disguise, and handed them each protective rings against the “evil Kresh.” These rings carried a heavy curse, one that he hoped would finally eliminate this party before it was too late. Picking his opportune moment within the lair, Bathal activated the rings and attacked the party… only to be annihilated by Orion Graywing. 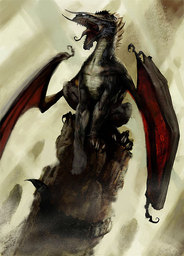