Hestis was the former servant of Yeddikadir, a cornugon (horned devil) commander of Bel, Lord of Avernus, the first layer of Hell. After being entrapped by Levethix, he reluctantly served the Kobold in his experiments, harboring resentment towards his former master for leaving him upon the Material Plane.

In its natural form, an imp stands almost 2 feet tall and weighs about 8 pounds.

Combat
Imps are craven, but not so timid as to pass up an opportunity for a surprise attack using their invisibility and alternate form ability. In its natural form, an imp attacks with the wicked stinger on its tail. It quickly flies out of reach if a foe manages to strike back effectively.

An imp’s natural weapons, as well as any weapons it wields, are treated as evil-aligned and lawful-aligned for the purpose of overcoming damage reduction.

Spell-Like Abilities
At will— detect good, detect magic, invisibility (self only); 1/day— suggestion (DC 15). Caster level 6th. The save DC is Charisma-based.

Once per week an imp can use commune to ask six questions. The ability otherwise works as the spell (caster level 12th).

Alternate Form (Su)
An imp can assume another form at will as a standard action. Each imp can assume one or two forms from the following list: Small or Medium monstrous spider, raven, rat, and boar. 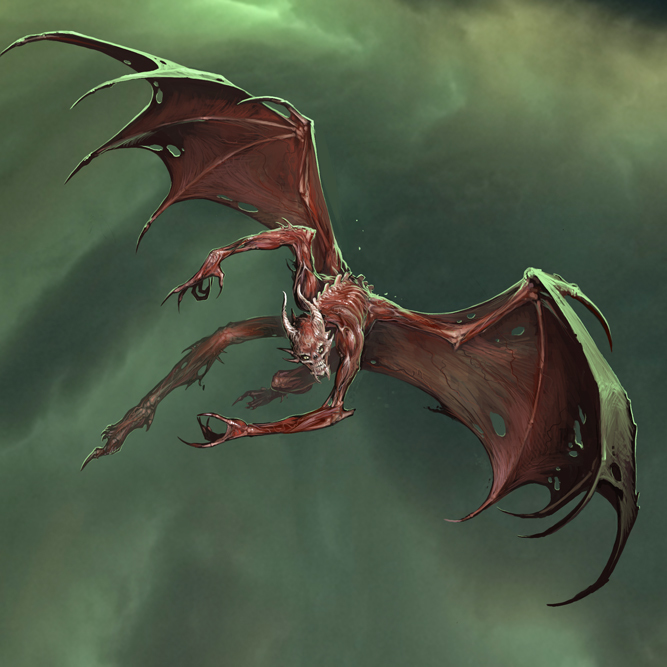