High-elf merchant of Stand Ellis with something to hide

Jor is an elderly high-elf merchant in the town of Stand Ellis. He owns and operates the largest facility in the exchange of magical goods. Despite the larger flow of traffic and higher popularity of Jor’s bazaar compared to his competitors, Jor is known to drive a hard bargain, and isn’t widely regarded for his customer service. He claims to own a higher selection of magical goods than his competitors, and has been known to accept magical items that those competitors would not, propelling his business regardless of his shortcomings.

Jack first encountered Jor after arriving in Stand Ellis. Hearing of Jor’s claim to buying magical items, Jack headed to his shop. After a failed barter selling magical weapons, Jack attempted to sell Jor the Troxiny spyglasses. Jor, however, being aware of the theatre of war being fought to the south and identifying the spyglasses as Troxiny issued items, tried to contact the local authority instead. Jack escaped without incident, but returned in disguise to learn more about the merchant. He discovered that Jor was in fact a wizard. Since Strand Ellis is notoriously unfriendly to magic-users, Jack used his newfound knowledge to blackmail Jor into giving him a fair price for his items. 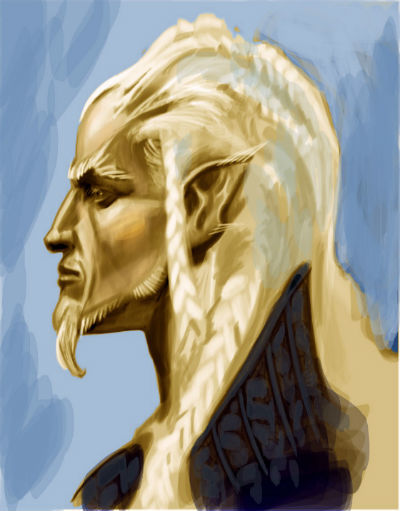