The Elixir of life is rumored to be the most powerful remedy to any ailment, including death.

Mee’Al created the elixir roughly one hundred years ago, and talk of its curing ability has spread wide and far across the world since then. Many people sought after Mee’Al’s concoction, which has forced her into seclusion in order to avoid harassment. When word spread beyond the world, Mee’Al disappeared.

The party was recruited in order to find Mee’Al on the island of Kord, and secure a vial of the elixir in order to save the citizens of the town of the same name. 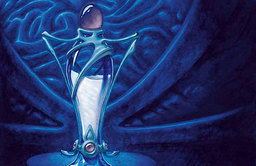